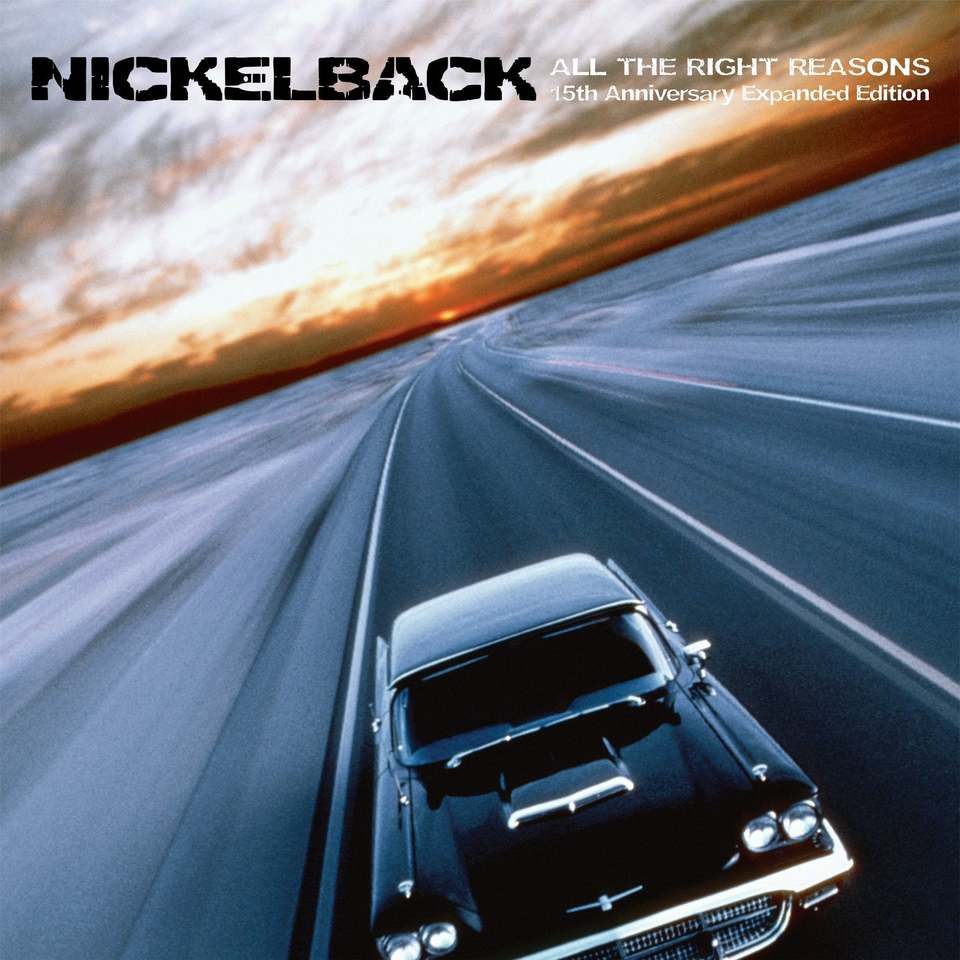 Nickelback’s quintessential and best-selling RIAA Diamond-certified #1 album All The Right Reasons turns 15 this weekend. To celebrate the anniversary, a newly remastered and expanded version of the album, ALL THE RIGHT REASONS: 15th ANNIVERSARY EXPANDED EDITION, is available today. The collection features a newly remastered version of the original 2005 album, a selection of B-sides, a 2006 live concert recording, and is available as a two-CD set and digitally on all streaming platforms. Listen HERE.

Nickelback’s third consecutive #1 album, All the Right Reasons, topped the charts in the band’s native Canada, the U.S., U.K., Germany, Australia, and New Zealand. It has sold more than 19 million copies worldwide. The record produced seven singles, including five Top 20 hits: “Photograph,” “Savin’ Me,” “Far Away,” “Rockstar,” and “If Everyone Cared.”

“We could never have predicted this album would have enjoyed the success it has when we released it fifteen years ago nor how people continue to embrace it to this day,” says bassist Mike Kroeger.  “Over the years, we’ve had so many people tell us how various songs on the album have become footnotes to various milestones in their lives.  For an Artist, having someone tell you that your music has connected with them or impacted them in such a profound way is really the highest praise you can ever hope to hear.  We’re very humbled to celebrate the 15th anniversary of All The Right Reasons with an expanded edition.”

The album was remastered for this new anniversary edition, along with a selection of B-sides that includes a cover of Queen’s “We Will Rock You,” and acoustic versions of the chart-topping singles “Photograph,” “Too Bad” and “Someday.” The collection also features a live recording of Nickelback’s August 8, 2006 performance in Sturgis, ND, during the annual Sturgis Bike Rally. The 12-song performance was originally released on DVD as Live at Sturgis 2006.