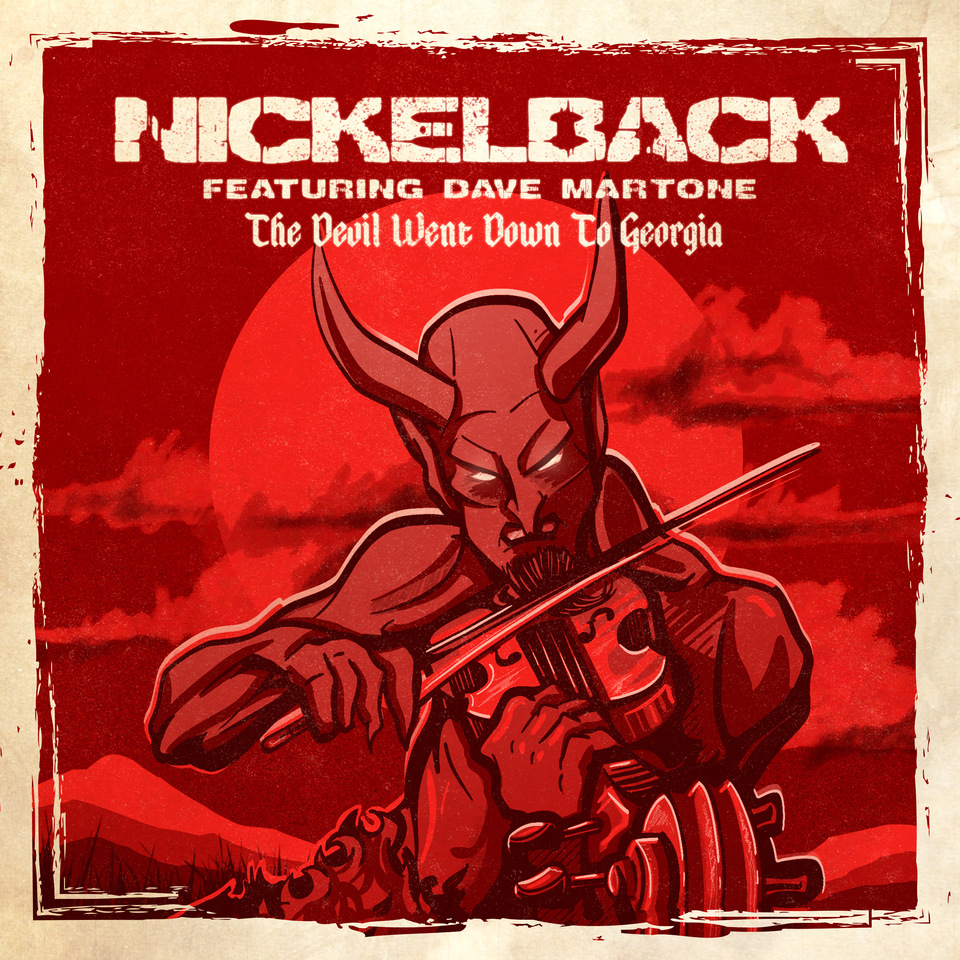 August 14, 2020
Nickelback Pays Homage to Charlie Daniels with "The Devil Went Down To Georgia" Cover

Nickelback has released a cover of the Charlie Daniels infamous hit “The Devil Went Down To Georgia”.  Honouring Daniels who passed away last month, Nickelback invited guitarist Dave Martone to join them on a cover of the infamous classic story – paying homage to Daniels influence on their careers and legacy left behind.

Of the cover Chad Kroeger shares, “Charlie Daniels seamlessly fused country, southern rock, Western swing, blues and bluegrass into a sound and style all his own. More importantly, his ability to tell compelling and relatable stories through his songwriting has stuck with me to this day.  None more so than The Devil Went Down to Georgia. I was only five years old when that song came out and it remains one of my all-time favourites. A few years ago we recorded a rough take during a studio session with our good friend Dave Martone. It was a fun song to tackle and brought back so many good memories for us all. When Charlie passed last month, the world lost a music icon. I hope our version will bring half as much joy as his did for me and so many others.”

The original song is off Daniels' 1979 album "Million Mile Reflections." The song tells the story of a fiddle-playing man named Johnny who is challenged by the Devil to a fiddle contest. If Johnny wins, he gets the golden fiddle; if he loses, the Devil gets his soul.

Tune in to the YouTube premiere of "The Devil Went Down To Georgia" music video at 12PM ET / 9AM PT on Friday, August 14th HERE.